Defining populations at high risk for respiratory disease in the Netherlands, combining risk factors and the external exposome

In contrast, many risk factors do not operate merely at the individual level but instead affect larger groups (i.e. population level). Many of these population level risk factors are well characterized by the external exposome, which refers to the combination of external environments (buildings and urban space, food, lifestyle, social, and physico-chemical – see Table 1 for examples), which are encountered by individuals and populations. The various factors contributing to the external exposome mean that specific geographic areas may pose an increased risk for developing lung diseases. This is especially well represented by the physico-chemical environment, which not only impacts individual risk factors, but also the general population, e.g. outdoor (ambient) air pollution.

A priori identification of areas “at risk” from air pollution can be performed by visually inspecting pollution maps1. For example, Figure 1 below illustrates the average annual ambient PM2.5 and NO2 (both pollutants relevant for respiratory health) concentrations for 2016.High density urban areas typically have higher ambient PM2.5 and high-density roads typically have higher NO2.

Currently, we have limited insights into how environmental and personal risk factors contribute to  lung disease risk within Dutch populations and how areas where specific risks factors or ‘at risk’ populations can be identified. Exploring the exposome will help to define those populations.

The aim of this WP is to identify candidate areas and populations which are at (relatively) increased risk of developing respiratory disease. There are two arms to this approach. In the first arm, an at-risk population can be defined by combining a-priori established individual risk factors for respiratory disease (e.g. age, smoking, occupation) with information on the external exposome (e.g. maps of ambient air pollution or pollen density). In combination, these factors will identify individuals with an individual predisposition to lung disease residing in areas likely to contribute to lung disease and so are extra at risk. 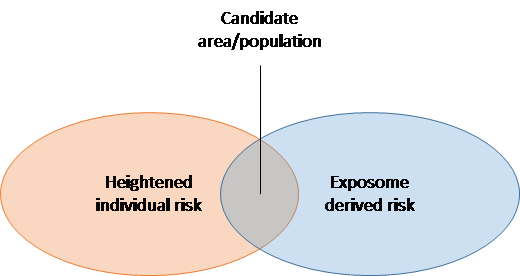 Figure 2 Identification of an area/population with extra increased risk of pulmonary diseases.

The second arm to identifying at-risk populations is through applying the new knowledge gained through a partnership with the European Prospective Investigation into Cancer and Nutrition study (EPIC)2 to identify new risk factors and candidate areas. EPIC was designed to investigate the relationships between diet, nutritional status, lifestyle, genetics, biomarkers, and the environment with the incidence of cancer and other chronic diseases. Multiple working groups exist within EPIC to study various diseases including cardiovascular disease (EPIC-Heart), Diabetes (InterAct), and various malignancies. We formally applied to the EPIC steering committee to develop the EPIC-Lung working group, with which P4O2 will be a major research partner. In the partnership with EPIC, cohort data on half a million people, from centers all over Europe (including The Netherlands) will be accessed and analyzed for respiratory outcomes. This analysis will link environmental, behavioral, and biological factors with respiratory disease and its progression. This information will be leveraged to validate the prior identified at-risk population as well as identifying previously unidentified populations for additional selection.

Individual EPIC centers will be surveyed in order to develop data inventories for lung specific outcomes such as hospital presentations and discharges with lung disease, general practitioner diagnoses of lung disease, self-reported cases of lung disease, and pulmonary function tests. Other data that will be available for analysis within the EPIC-Lung working group includes biomarker data, environmental exposures, records of prevalent disease, and lifestyle and socio-economic factors (e.g. smoking, SES).

The first deliverable of this working package is the identification of at-risk populations specifically in the Netherlands, derived by combining all of the above risk factors with data that indicate areas with high ambient pollution. This information will be used in WP4 (building the PRIL-cohort) and will eventually be used for targeting at-risk populations. The second deliverable is information on the effect of environmental, behavioral, and biological factors on respiratory disease and its progression in Europe using EPIC data. Findings from EPIC-Lung will be leveraged to validate the prior identified at-risk population in the Netherlands as well as identifying previously unidentified populations for additional selection.

Are you interested in collaborating in P4O2? We would be happy to meet and discuss opportunities.
Read more
© 2022 P4O2